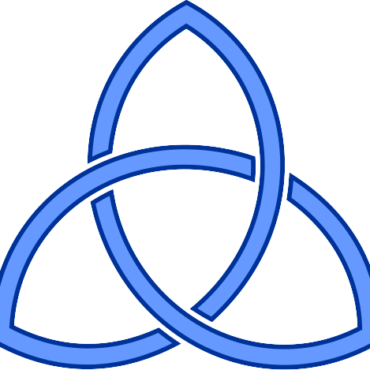 What I am going to share with you is information that came about through my implant clearing session with Laura Lee Mistycah of firstwaveindigo.com! She mentioned to me that I have it and that I should continue to work with it. Well right after that, I was approached by my guides and they instructed me to formulate from what I learned from Laura, and what they were teaching me, and what I know about the Mushaba force, a powerful protocol session that addresses implants, contracts, vows, agreements holographic distortions, and go all the way back to the beginning to our purity before the duality and holographic universe.

There are 3 parts to this protocol that are very powerful in and of themselves, and when used together, make an awesome trinity.

The Parts are: kryah, which  is the encompassment and direction of magnetics through: Tone,  Sound, Light, Color, Geometry, Mathematics, spiritual science, Love and Compassion.

genetics:  Which is the information and life-force encoded and imprinted in the blood.

The Mushaba Force Frequencies. This includes scared geometry, Light and Light Fire, Toning, and what might be considered Time Travel.

The purpose or function of this protocol is to use these three elements  to correct and heal the fractures, distortions, and imbalances that are causing death and decay in the genetics. The Mushaba Force is what is called the voice of creation and when Mushaba speaks all creation stands still and tremble's with the joy of delight! The force speaks to all of it and commands the changes at every level of your being. It speaks to the dna, the cells, the protons, neutrons, and electrons. It also speaks with the soul and higher self of the individual.

This address what we have created in this lifetime since conception, and are personally responsible for, as well as what was past on to us genetically by our ancestors. It also addresses imprints and codes we accumulated and acquired during the many experiences we had in past lives and existences, and  past traumas from the time prior to you first entering the hologram and after your entrance into the hologram. Most of all of us have  mis-perceived a holographic illusion of pain, suffering, death, destruction, and victimhood. Once this is taken care of then we can once and for all plug back into, or reunite with, our unpolluted Heart and Mind. Once engaged into this power source, we automatically dismantle and dematerialize all the holographic illusions of separation from Source that we bought into previously.

So basically, this process is a methodology by which we can remove the blockages of pain, suffering, guilt, limitations, lack of freedom and empowerment and fear that interferes in our ability to access and move through our heart power and unite in oneness and unity with our Higher Selves. The Mushaba Force and the Energies of the Almuracite Rocks identify corrupt holographic files and fields and then they use their consciousness, information and capabilities to proficiently correct them.

This process was  developed to detect, remove, and dissolve these impediments to your freedom and empowerment from our cellular memories and clear them from our electromagnetic fields and our bio-electric firlds. It  seeks and identifies the corrupt and distorted files  correcting them no matter where they are whether they are known or unknown, hidden, covert, or overt; even those that are said to be unchangeable. It doesn't matter if they are real or acting as a way to trick you into thinking they are real, in other words, decoys. None of this matters because they can't trick the Wisdom of Force or the Aulmauracite Rocks!

This is a complete and thorough process. It does not deny and bury issues and trauma or seemingly cover them up only to come back at you later while all the time working against you on the subtle levels. You don't want to act like its clear if it isn't so get to the root of it and clear it! This method takes the emotion off of the fear, misgivings and anxieties that would usually arise. This is vital because this is how you can truly evaluate your experience coming from neutral ground. In this neutral state, it becomes very obvious how you can figure out the what and why of the experience and how you can see where you even benefited from it!

www.firstwaveindigo.com about these wonderful rocks! Then I will share with you what I received about them. This is directly from her site.

Many, many, many moons ago, a magnificent and benevolent Starship visited this planet to give us an impeccable gift. This gift was to be buried and remain there, concealed deep within the earth, awaiting its activation.

The secrets and mystery surrounding this gift, and its location, were kept cloaked and silent. Voluntary Guardians were assigned to maintain security and protection, for this gift possessed many sacred and magical elements and capabilities. The stewardship and constant surveillance were top priority, and only the most impeccable Beings were qualified to be "stewards".

They knew that in the future, this world and its consciousness would begin deteriorating and polluting so rapidly, it would reach the point of extinction. They knew that without some intervention, the dream, the planet and her inhabitants, would become so ill, so terrified, and numb ……that the dreamers who kept it alive would forget their dreams of love, and compassion, their dreams of honor, truth, and integrity ……and especially their dreams of passion and romance! If this were to continue for very long, the whole of it would implode and perish and a once beautiful and majestic planet would literally cease to exist!

To ensure a high probability of a successful mission, within this gift was placed a cosmic timer, designed to activate its powers of love, truth, and magic! This cosmic timer was pre-programmed to ring at a time after certain Beings (who were also pre-encoded with its ancient knowledge and how to use it) had already arrived on this planet. They would instinctively know what to do with this gift, and when their personal timer would go off inside of them, they would, on some level or other, go searching for it.

This gift has a name. It is called Aurauralite-Aulmauracite, and if you feel a tingle or magnetic pull toward this name and this story, it may be your own alarm ringing, telling you, "you have arrived and your search is over!"

This is what I received from Mushaba:

According to the being "Mushaba" Leader of the Mushaba People, "A star ship that visited earth is the star ship Nexus from planet Mushaba-1in the  Andromeda Star System. The beings that were the guardians were the Mushaba People." Laura of course is one of those people that were to awaken to these rocks to bring forward for the rest of us to remember!

I was also given this from Mushaba through my dear sister Nancy Tate:

Mushaba: "These rocks were brought into the Pleiades Star System of the Seven Sisters to the Planet Mushaba located in that system."

I was also told by Mushaba that: "These rocks are from planet Mushaba-1 in the Andromeda System and they are one of the several Mushaba Rocks that will be used that contains elements of the pool of original force from whence the Mushaba Force has come. There is yet more information to come concerning this."

The thing is when I first read about this rock, I immediately felt the strong knowing that these rocks came from Home, form Planet Mushaba.

Don't allow any plastics or synthetic materials to encase your "Pet Rock." This advanced life form gets smothered by these un-natural materials and will go dormant.

Aurauralite is the sparkly dust from the Rock th

This is what it does:

Listen to your problems and help you create "win-win" solutions.

Show you where you’ve made a mess so you can clean it up.

Take you to the proper professional when you need a "TRUTH EXTRACTION," (Especially in the case of "WISDOM TRUTH EXTRACTIONS") and then stay constantly by your side when you are recovering and healing from the trauma.

Lovingly support you in your goals and aspirations.

Shine "light" on things you couldn’t see before or may have over-looked.

Have an unlimited supply of energy, and never get tired or worn out.

Are always beautiful and attractive, no matter what time of day or night.

Show you how to take full responsibility for yourself, your wonderful (or not so wonderful) creations, your actions (or reactions), and learn from every outcome or consequence. They then help you arrange or rearrange these creations to make them all useful.

Have the highest honor and integrity. You can not coerce, manipulate, or buy allegiance…… and they know in a flash when there is any insincerity, ulterior motives, and "sucking-up!"

Have the ability to cultivate and inspire you to manifest things you previously thought were impossible!

Create an "at home" feeling anywhere they may be or go.

Are always there when you need grounding, comforting, and stabilizing.

Some of the more scientific qualities of this rock that we

have discovered, have been absolutely astounding

as it has properties that are literally "Out Of This World.

The Protocol Removal Session is powerful to say the least! It will do what it is designed to do. It is up to each individual after that to do their part in accepting and benefiting from the wonderful changes that this can bring about. The clearing work goes all the way back to before you entered the hologram or when you was first created in the hologram depending on each person. It will clear all of the limitations, the contracts, implants, agreements as well as the agreement makers that were involved. It will literally strip you of all things that worked against you since you arrive within this hologram especially the agreements and implants you agreed to in order to be a part of this hologram.

The sessions can be conducted any where. In other words, it dose not have to be done in person. The Almuracite Rocks work with you during the session as they work to identify, scramble, neutralize and eliminate the implants and all back up support systems to these implants and agreements. You hold one in each hand during the session. Now if for some reason a person cannot acquire these rocks, we can still perform the session and place etheric rocks in your hands! They still work perfectly!  But its nothing like having your own magical rocks! If you are interested in purchasing any of these rocks, or the session, you can contact Mushaba force at mushabaforce@gmail.com

The rocks cost $5 per gram and there usually is a 10 gram minimum. However, you get a companion rock at no extra charge. You get 2 rocks for the price of 1! So for $50.00 you get 2 rocks! If this is a challenge then I can offer you a smaller amount of grams of 5 grams at the same $5 per gram.

Also too, you can purchase the Aurauralite Pendant to wear around your neck. Its advised to keep a rock on you or wear a pendant especially when you are out and about. The rocks do wonders to keep untruth away from you among other things.  The pendants cost $25 for the regular size pendant and $15 for the smaller pendant; a good size for children also!

There are no reviews yet.

Only logged in customers who have purchased this product may leave a review.